Recently my husband and I took a kids-free long weekend trip to Chicago with another couple. It was such a great time! We haven’t done that in, well ever. haha! We took a train for about 9 hours to get there and I can’t think of a better way of traveling. Yeah it was a little slow but not much slower than driving and this way I didn’t have to navigate — woo! 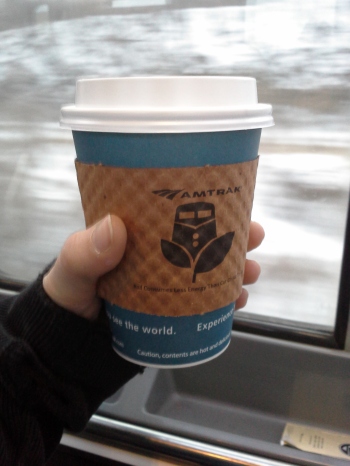 There was one thing worrying me though. See, the trip was near the end of January. Aka: flu-season. My entire family had the flu one by one the week before we left. Even the hubs. Quite frankly I was unwilling to get sick. I upped my regular doses of vitamins, washed my hands like a germaphobe, and just thought healthy thoughts. When anyone asked if I felt like I was getting sick I just said I wasn’t going to.

Finally. Being stubborn paid off!

We got into Chicago at the train station right on time. We walked to our hotel, got our rooms, and met back up with our friends. Despite it being so so cold we decided to walk around and sight-see the downtown area. And I started feeling SICK.

Still being stubborn ol me I wouldn’t admit it to myself and sure didn’t say anything out loud. We found a sports bar and decided to get a couple drinks and a snack. Nothing sounded good. I just wanted some plain chicken broth and a nap. But was determined to get the most out of this trip! So perusing the happy hour menu I found Bruschetta and thought it sounded good. I paired it with a Cosmo. Which is a kind of weird mixture!

My train of thought was something sour sounded soothing somehow. The Cosmo was lightly sweet and had the lemon twist and tasted great!

Then my Bruschetta came. I swear it was Heaven-sent!

No basil but arugula instead. I was happy it didn’t have basil; its just a little too harsh for me when its raw. The tomatoes were drizzled with just the right amount of vinegar and the toast was perfectly crisp and garlicy without being over kill.

Know what the best-best part was? When I offered a slice to my husband and our friends everyone declined and I got to eat it all. to. MYSELF!!!

I don’t know if the flu was really trying to settle in or if I just had a bout of traveler tummy. But whatever it was I felt 100% better after eating it and was great the whole rest of the trip!

After I got home I looked for a copycat recipe or even the description in the menu again. Nothing. I guess since it was a happy hour menu it wasn’t listed on their website. So I made it up myself and its spot-on as far as my memory serves me.

And now I offer to you, dear internet, my copy cat version of Harry Caray‘s amazing non-basil Bruschetta. Enjoy!

Toast the bread slices in a 350° oven until lightly crisp all over, ±5 minutes
Cut the garlic clove in half and rub it all over the toast
Drizzle toast with olive oil
Toss tomatoes over the toast pretty liberally
Sprinkle red wine vinegar over the tomatoes, as heavy or light as you would for a salad
Add arugula & parmesan

I recently purchased a couple of new lenses – a “nifty fifty” prime lens and a 35mm wide angle lens. I’m having a lot of fun finding ways to use them in every day life as well as for portraits. Have an aperture that goes down to f1.8 has been a great new experience! 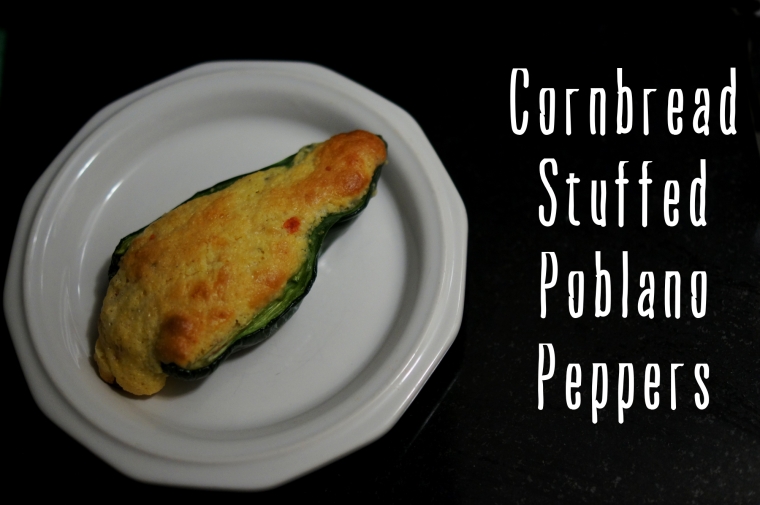 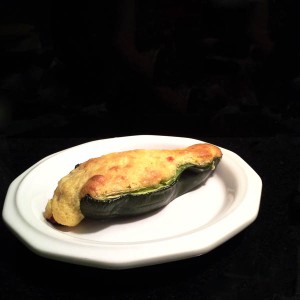 I wasn’t so sure how these would bake up when I was pouring them into the pepper halves. But wow, I was worried for nothing! These baked perfectly and are addictive too. I ate nearly two whole peppers after they cooled off. And more for lunch the next day!

You could use any recipe for the cornbread – whatever your favorite is. I took the easy road and used a box of Jiffy cornbread!

Choose your peppers wisely – they should be shaped and cut so that they can stand on their own and hold batter well.

We ate them as a side with tacos. I think they’d be good at a cookout with grilled chicken or with soup/chili/jambalya. All alone. Whatever floats your boat.

Night 6 = telling a story with your photos.

Tonight’s lesson is about framing inside of the camera. This is not really a new concept, I always do this. Rarely do I crop during PP unless I just couldn’t get close while shooting. What I liked about this assignment though was the chance to not care so much about what the food was and really focus on the layout of the photo.

It was nice to think about the composition objectively. Not worry about making the food look good to show off a recipe, but to just think about how this bowl of cereal could look its best. Maybe that sounds silly now that I see it written out. But the process in my head felt different. 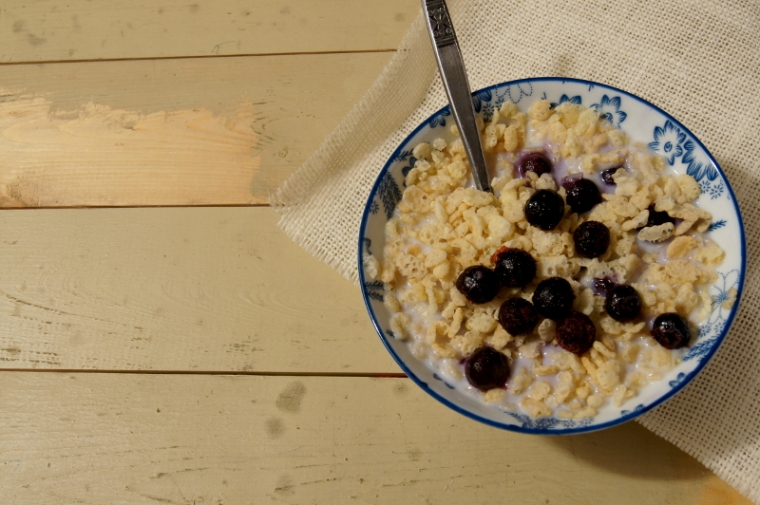 It helps too that I’m not worried about my dinner getting cold while I try to get a good photo!